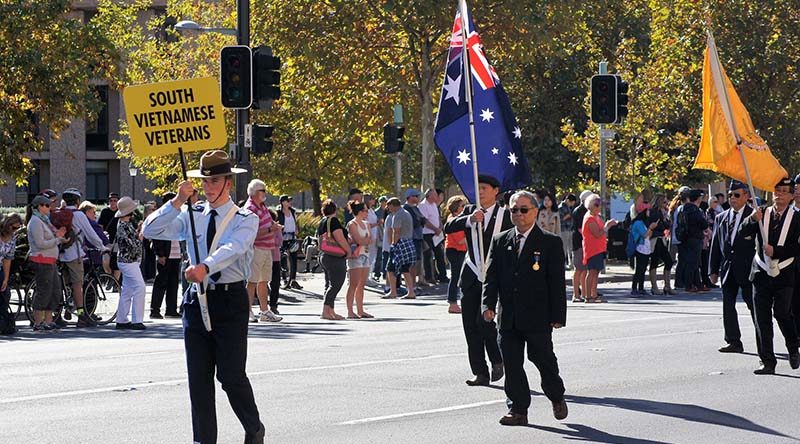 Air Force Cadets throughout South Australia and Mildura are currently increasing the tempo of drill training in readiness for the Anzac Day Commemorative March.

RSL describes the Anzac Day Commemorative March as ‘a solemn occasion’. The Anzac Day March is not a ‘parade’, and it does not give priority to recognition of the living. As the equivalent of a procession of soldiers moving to the graveside following a funeral service, the March commemorates the sacrifice of the nearly 103,000 Australian Service personnel who lost their lives in the service of our nation.

There is a third category of participants. In a spirit of comradeship, members and former members of foreign armed forces who have personally served alongside Australian forces in a conflict as allies, as members of a coalition that included Australia, or on peacekeeping operations to which Australia has contributed, are invited to participate.

Fourthly, the RSL welcomes descendants of deceased former members of Australian, New Zealand and allied/coalition forces who saw warlike or non-warlike operational service. They may remember their kin by joining the march, by participating within the descendants’ section.

As a standing principle, no civilian, including a descendant, should march ahead of any serving or former member of Australian or allied/coalition forces who have seen warlike or non-warlike operational service.

6 Wing Public Affairs & Communication Officer, Pilot Officer (AAFC) Paul Rosenzweig, says that Australian Defence Force Cadets and similar youth organisations are given a special privilege in the Anzac Day Commemorative March – as banner bearers marching at the head of the respective columns of veterans and descendants.

On this coming Anzac Day, Air Force Cadets from No 6 Wing will again support the RSL in carrying signage and banners for various veteran groups participating in the March. Other Cadets will form up and march as the No 6 (City of Adelaide) Wing, AAFC contingent.

Meanwhile north of Adelaide on Saturday 23 April, No 608 (Town of Gawler) Squadron will join the Gawler RSL Commemorative March through the town of Gawler.

In the southeast, in preparation for the Anzac Day March in Mount Gambier, on 24 April No 612 Squadron will participate in an RSL tri-Service Cadet Review, and then participate in the march the following day.

In addition to these Anzac marches, Cadets from squadrons throughout SA will also be involved in a variety of other Anzac Day duties (these will be detailed in a future article).

Wing Warrant Officer for No 6 Wing, Warrant Officer (AAFC) Henry Bell, said: “Many more Air Force Cadets will be participating in honour guards, wreath laying and youth vigils at several community sites, as well as in catafalque parties for Dawn Services and the main Commemorative Service following the March”.

Participating in community ceremonial activities helps Air Force Cadets learn self-discipline and teamwork, and gives them a sense of pride and belonging.

Pilot Officer (AAFC) Paul Rosenzweig said: “Participating in these commemorative events gives cadets the opportunity to mix with veterans of overseas operational service, bridging the generations and laying a foundation of honour and respect which will follow them through their life and career”. 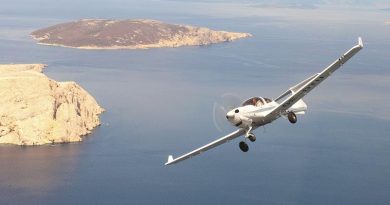 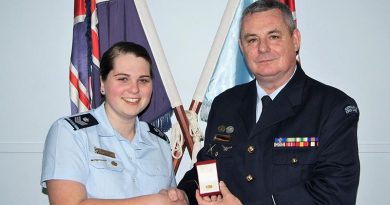 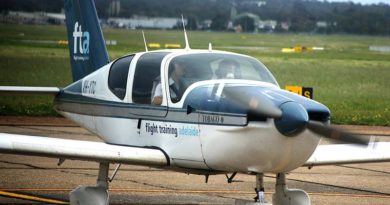