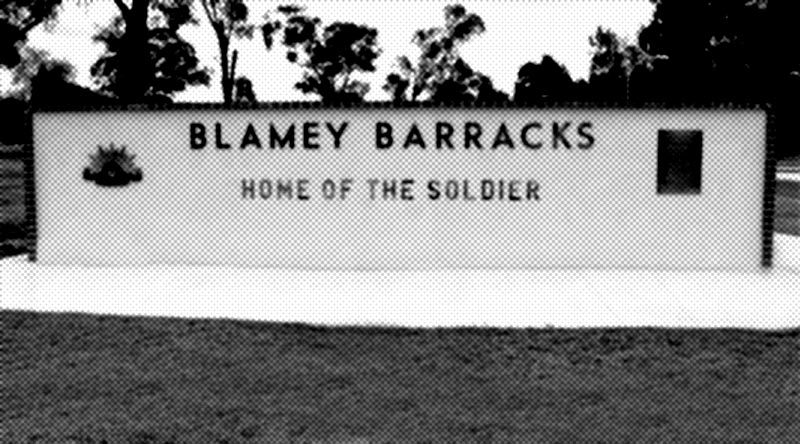 Picking a site for an Army base is really quite easy if your objective is to piss diggers off.  Pick a place where it is freezing cold in winter and stinking hot in summer, oh and make sure it is hilly as well.  Place it near civilisation, but not too close.  Design the layout so that no matter where you want to go within the camp it is always uphill.

Welcome to Kapooka, the Army’s 1st Recruit Training Battalion located just outside Wagga Wagga in southern NSW.  The RAAF were so impressed they have a base there too, but it is on the other side of Wagga Wagga of course.

Kapooka was filled to capacity in 1969 when National Service was at its peak.  The accommodation facilities were good unless you were expecting heating in winter and cooling in summer.  The old Second World War buildings were replaced by modern full brick accommodation blocks which were three storey.  Each floor had a number of rooms that housed four diggers on either side of a central aisle.  At the end of the aisle were the ablutions facilities located just outside the corporal’s room, known to us as the jack room.

Each room had a central divider with two diggers on either side.  Each had a bed, a locker and a small side table.  If you visited the accommodation block during the day you would swear that no one lived there such was the level of cleanliness and austerity.  There were no personal items to be seen anywhere, no pictures of family, nothing.  And thirty soldiers lived there.  The only giveaway would be an immaculately made bed and a wet towel hanging over the rail at the end of the bed.  There would be nothing else to see except for the gleaming shiny floor and a nicely polished brass fire hose end.  Oh, and the ablutions were spotless as well.

The diggers maintained this during their own time.  Training was conducted from eight in the morning until four in the afternoon.  The quicker you got the jobs done the quicker you had time to yourself.  You were lucky to get to bed before midnight even though lights out was given at eleven.  You rose at five thirty, pulled the sheet off your bed and took it out onto the parade ground for roll call.  The idea of taking the sheet was to ensure you didn’t sleep on the floor beside your bed to save you precious time by not having to make your bed.

Beds made, rooms cleaned, ablutions cleaned, rifles stripped and laid out on your bedside table with you standing beside it each morning in time for inspection before breakfast.  The contents of the locker had to be laid out a certain way and it seemed like they found something wrong each day.  Stuff was thrown out of your locker or your bed was pulled apart so that you had to fix it before going to breakfast.

If you stuffed up too much you would be given extra duties which meant you had even less time to prepare your stuff each day.  That’s when your mates helped you out.  You quickly learned that the only way to survive was to work together as a team and get the jobs done.

Everything had to be done to the finest detail.

One day we had a Major inspecting us along with the CSM (Company Sergeant Major).  We could hear the guys in the next room being hollered at.  We could hear their footsteps in the hallway and then they burst into our room with big scowls on their faces.  Darcy and I stood to attention shaking in our boots.  Well I was, I dunno about Darcy, he was a tough bastard.  The Major glanced at my locker and said something about fixing something up, he muttered something about Darcy’s locker and then inspected our weapons which were laid out in a set sequence on the small desk.  We had only received preliminary instructions on how to strip and assemble the weapon for cleaning and inspection.  We had never fired them.

The Major was showing us how good he was by examining the gas plug.  This is usually the dirtiest part of the weapon and it is the hardest bit to keep clean after firing.  He then picked up the weapon, looked down the barrel, turned it over and spotted the gas wheel.  He glared at Darcy with furrowed eyebrows, wrinkled forehead, steely eyes and he thundered, “Is this your weapon recruit?”

“The gas setting is incorrect for inspection!”

He turned and grabbed my rifle, “And the same goes for you too digger!”

Darcy cleared his throat and asked, “What setting should they be on sir?”

Both the Major and CSM answered at the same time, “Four.” “Five.”

They paused, looked at each other and slinked out of the room.

Darcy and I stood to attention for another minute or so.  We were not game to react for fear that they would come back in and spring us having a great old silent laugh at their expence.

We did have a great time sharing it with the others later though, many times.

We never saw the Major again. 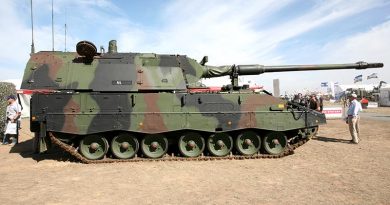