We see it all around us. Some of us live it and breath it. Some of us see it every day in a partner or a loved one or a colleague suffering through a mental health issue.

‘Mental illnesses are common in Australia’s communities. The 2007 National Survey of Mental Health and Wellbeing – a community survey of 8841 people aged between 16 and 85 years – found that 20% had a common mental illness, whether it was depressive, anxiety and/or a substance abuse disorder. Within the same survey sample, 17.6% of males and 22.3% females had experienced a mental illness.’
(Mental Health First Aid Manual, 3rd edition, 2014, B. Kitchener)

Now, this is my own opinion and I apologise in advance if I upset anyone.

Why in Defence and emergency services is PTSD so frowned upon? Post-traumatic stress disorder isn’t new, but I also feel we haven’t really gotten anywhere either.

Post-traumatic stress disorder – ‘post’ = after an event; ‘traumatic’ = something that has been altered in your everyday life that you are unfamiliar with, or something you have experienced that is disturbing or distressing; ‘stress’ = something that is bugging you and making you feel uncomfortable; ‘disorder’ = something out of place.

Now why is PTSD such a taboo subject?

We should be able to talk about our experiences and not feel like if we say something we would get judged or looked at differently.

We have what we call a debrief after something bad happens at work – like someone who we tried to resus but couldn’t get back – and we have a free service where we can go see a psychologist and talk about what we experienced.

Does Defence have a similar service? One that isn’t going to think of you in any a different light if you go see someone and talk about what you’ve seen?

I feel if we talk about mental health and talk about it freely among our peers, without judgement and with objective opinion, then we wouldn’t have servicemen and woman taking their lives because they didn’t have someone to talk to.

We wouldn’t have police officers, paramedics, firemen taking their lives because they may have felt like people look at them differently if they are labelled with a mental illness.

Editor’s Note: (because Anthony asked me to)

While I am no expert in this field and I have not suffered with PTSD (though I have openly ‘visited a (Defence-employed) shrink’ on several occasions (with good results)), I actually disagree with Anthony’s sentiment slightly.

While I agree that ‘mental health’ is a health issue and needs to be treated as such, I don’t believe it is ‘frowned upon’ in Defence or anywhere else. In fact I think Defence takes it quite seriously, once a soldier steps forward and seeks help.

But it’s the stepping forward to seek help that’s the hard part – but not because of any ‘stigma’.

I believe the main reason people don’t seek treatment for serious mental health issues is more because of the serious ramifications for their careers.

Look at it this way – if an infantryman loses a limb in a motorcycle accident, he will obviously seek and receive immediate emergency medical treatment. But, straight away, that soldier knows in his heart that the affect on his infantry career could be profound. He may not (in this modern age) be forced to leave the Army, but, in all likelihood, he will never patrol with his infantry mates again.

So too, in the case of a soldier, sailor, airman, policeman or any other professional who carries a gun. If they admit to serious mental health issues, they fear their careers and/or their guns will be taken away.

And the simple reality is, their gun MUST be taken away from them, until they are cured.

So, in my opinion, mental health is not as openly discussed in the armed services (including police) from the sufferers’ point of view as it should be, as much or more because of the fear of career-altering consequences as the ‘stigma of mental health’.

Even the current PTSD ambassador/advocate Major General John Cantwell (retd), who has written a book on his experience with PTSD, admits that he suffered badly from PTSD while in command of Australia’s operations in the Middle East, but didn’t admit to or seek treatment for his illness until he was literally forced to.

So, while I love Major General Cantwell for his current openness and advocacy around PTSD and mental health, I also feel he is a little hypocritical because he ‘lead by example’ in the field of ‘toughing it out’. His book synopsis says, “Cantwell hid his post-traumatic stress disorder for decades, fearing it would affect his career”.

And that’s the real crux of the issue for many who know they have the illness and know they need help – in my opinion.

Anthony Pielago and I invite your opinion and encourage debate on this important subject.

If you, or someone you are with, is in immediate danger telephone 000

Other good sources of help are… 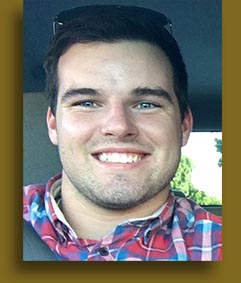 I am Anthony Pielago. I am a student nurse and emergency responder. I’m 21 years old and live in South Australia. I’m just like any other 21-year-old, but with a goal and a passion. I enjoy the beach, driving my ute and hunting, when I have time off. 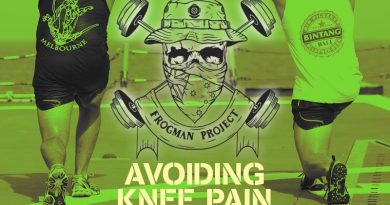 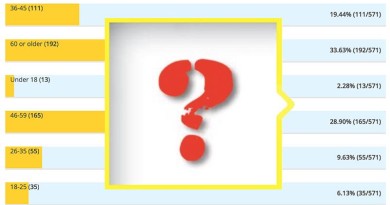 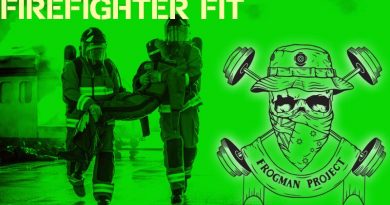