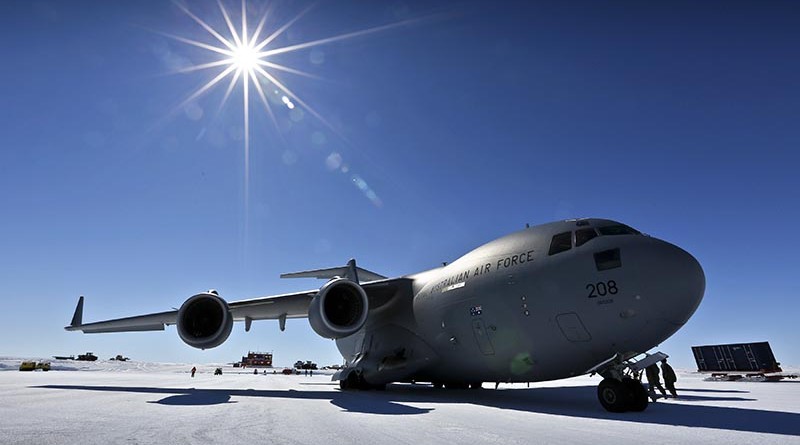 The C-17A flew the 3450km in just over five hours, landing at Wilkins Aerodrome near Casey Station at 3pm yesterday, 21 November, where it unloaded 12,340kg of cargo, including a brand new Hägglunds dual-cab vehicle, which can operate over snow and ice and will be used to transport personnel and equipment in and around Antarctic stations.

The flight is one in a series of proof-of-concept flights being trialled by the Royal Australian Air Force and Australian Antarctic Division, with the remaining flights scheduled to take place between now and February next year.

Minister for the Environment Greg Hunt said the use of the C-17A offered a significant enhancement to the Australian Antarctic Division’s logistical and scientific capabilities.

“The C-17A is the largest aircraft to have flown to Wilkins Aerodrome in Antarctica, and it offers an unprecedented cargo capability that complements the Division’s existing transport options,” he said.

“This C-17A flew the round trip to the ice from Hobart International Airport, further entrenching Tasmania’s role as a global gateway to Antarctica.

“While this is a first for the Royal Australian Air Force, other countries including the United States regularly use military assets to assist with Antarctic logistics and I am confident Australia can do the same.

“The C-17A will supplement the Australian Antarctic Division’s current Airbus A319 operations, with a focus on heavy, oversized cargo.”

Minister for Defence Materiel Mal Brough said the flights could benefit both the Air Force and Australian Antarctic Division in the future.

“The C-17A is able to transport loads weighing over 70 tonnes and, combined with its ability to land on short, semi-prepared runways, makes it exceptionally well suited to support these kinds of operations.

“The flights offer invaluable experience and capability enhancements to the Air Force, including the opportunity to further test the use of C-17As in challenging conditions, while also supporting Australia’s operations in Antarctica.

Following the proof-of-concept flights, a full review will be undertaken by the Australian Antarctic Division and the RAAF. 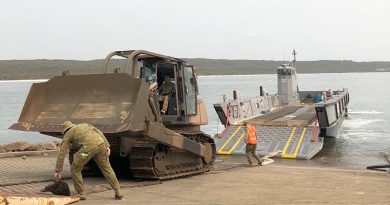