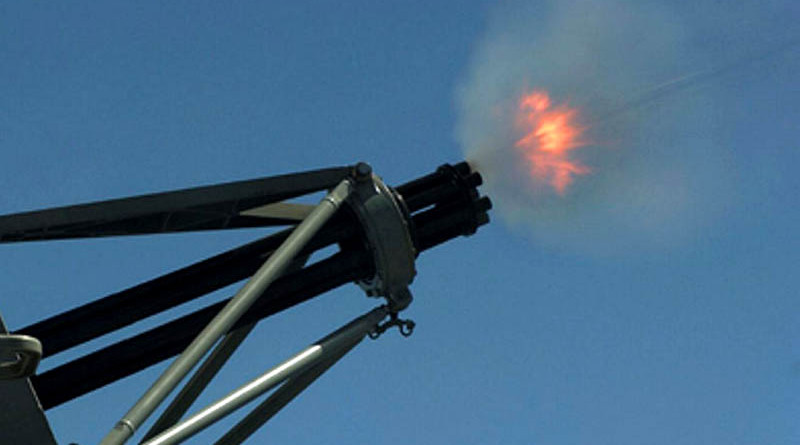 The contract, which provides for a $10 million option in FY15 and another valued at $291 million in FY16, includes support equipment for the Phalanx and SeaRAM Weapon Systems, Block 1B radar upgrades and kits for reliability, maintainability, and availability. 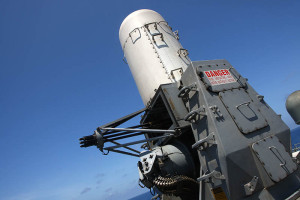 Work under the contract is expected to be completed by August 2018 in Louisville, Kentucky.

Phalanx is a rapid-fire, computer-controlled radar and 20mm gun system that automatically acquires, tracks and destroys enemy threats that have penetrated all other ship defense systems.

More than 890 systems have been built and deployed in navies around the world, including Australia where they are fitted to HMA Ships Darwin, Melbourne, Newcastle and Sydney and are being installed on the new Air Warfare Destroyers currently under construction in Adelaide.

Intended to enlarge Phalanx’s keep-out range against evolving anti-ship missiles, rotary- and fixed-wing aircraft and other threats, SeaRAM Anti-ship Missile Defense Systems use advanced Phalanx Block 1B sensors and replaces the gun with an 11-round Rolling Airframe Missile guide. SeaRAM is aboard the Independence-class of the U.S. Navy’s Littoral Combat Ships.

Extract from CONTACT issue 36, December 2012
from a story on HMAS Melbourne:

CIWS (Close-in Weapon System – also known as Phalanx) is a 20mm, six-barrel Gattling gun that can fill the path of an oncoming target, out to about 3600m, with super-sonic tungsten-alloy armour-piercing projectiles.

The radar senses something moving in the sky and the computers figure out if it is a threat to the ship, by analysing size, speed and direction. Electric motors in the base of the system, drawing on 30,000 volts DC, rotate the housing into the direction of the approaching threat through about 100 degrees per second. Then, with the barrels revolving under 3100psi of pneumatic pressure, it unleashes 75 rounds per second until either the target stops coming – or, in fact, until any piece of the target bigger than a 50cent coin stops coming – or until the system’s 1500-round load has run out. 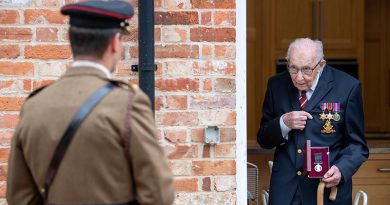