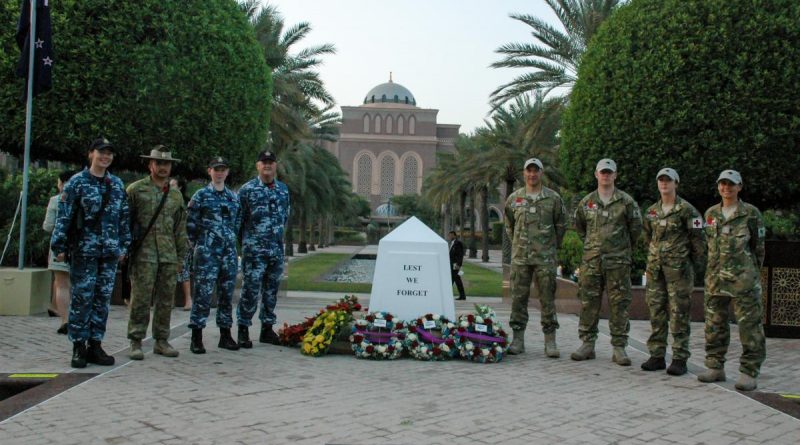 Following a two-year hiatus because of COVID-19 restrictions, Anzac Day was commemorated in Abu Dhabi, United Arab Emirates, on April 25 with a service at the Emirates Palace Hotel on the banks of the Arabian Gulf.

The service, attended by more than 100 people, allowed Australian and New Zealand people in the Gulf nation to acknowledge the courage and sacrifice of the current and former servicemen and women of their countries, and the allies who have served alongside them.

Brigadier Margetts told the gathering there had been a renewed interest in Anzac Day among younger generations.

“These commemorations have cast a spotlight on events that have changed our two nations forever, sparking a renewed interest in our family history. Our children now carry the medals of their ancestors, keeping their memories and sacrifice alive,” Brigadier Margetts said.

The commemoration also provided an opportunity to reflect on the ongoing commitment and sacrifice of Australian Defence Force personnel currently deployed to the Middle East region.

The catafalque party members and flag-bearers for the ceremony are currently on deployment.

“This being my first deployment, it’s a great opportunity to be serving alongside our New Zealand colleagues and to honour the sacrifice current and past serving members have made’’ Corporal Tenorio said. 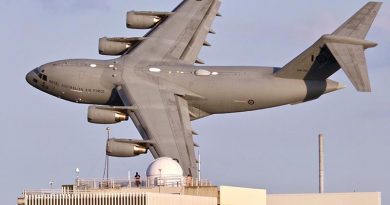 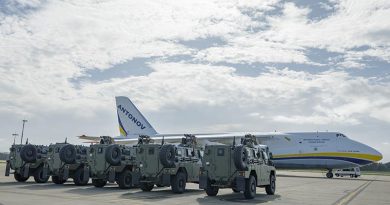