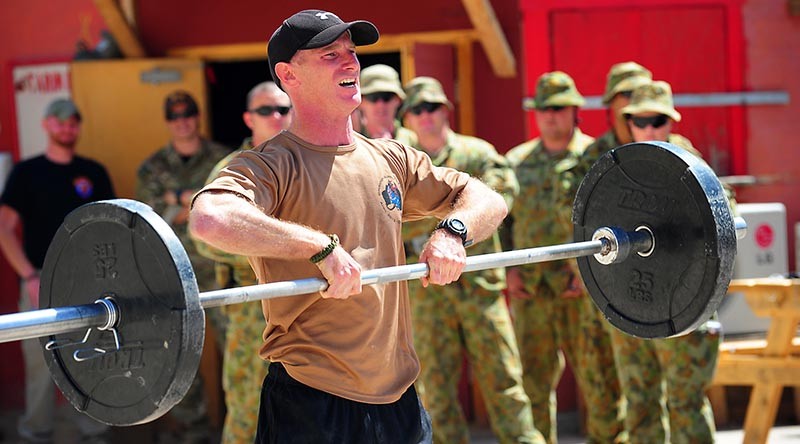 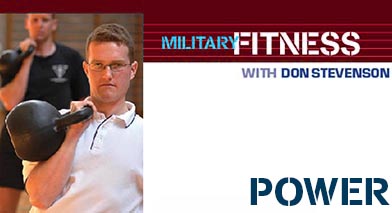 The missing component of fitness

When most people start a fitness program, the focus is generally on reducing body fat, increasing muscle mass and improving strength, aerobic endurance and  flexibility.

While there is nothing wrong with this for the average person who is looking to improve their health and appearance, focusing on such a narrow range of fitness attributes is a critical mistake for athletes and military personnel.

If you’ve been reading these articles for a while you’ll already know that I believe muscle mass and body shape to be fairly unimportant aspects of fitness for military personnel, quite simply, because the enemy doesn’t care what you look like!

On the other hand, strength, endurance and flexibility are critical to developing good operational fitness.

There is, however, one aspect of fitness that is often overlooked in military-fitness programs – and that’s power.

Before we look at how best to develop power, there are a few things that need to be clarified, as strength and power are often  confused.

Strength is the ability to produce a high level of force, regardless of the time taken to apply that force.

A heavy dead-lift or bench-press that takes several seconds to complete is an example of strength.

Strength is an important part of power development, however there are few situations in combat that require pure strength.

Power is the ability to generate a high level of force over a very short period.

Power is best demonstrated through movements such as jumping, throwing and sprinting and, as it should be fairly obvious, these are very common in combat.

Although it may seem counter intuitive, greater strength doesn’t necessarily mean greater power and the pursuit of greater maximal strength is a very common mistake in fitness programs for athletes and military personnel.

The problem is that during a power movement, the time available to apply force is limited by the movement (for example the ground-contact time of the foot during sprinting and jumping) and thus an extremely strong individual may not have time to apply their massive strength.

Developing power for sports and combat applications is a three-step process.

Despite what I’ve just said, strength is critically important to power development. The key is to figure out where the point of diminishing return lies and develop your strength up to that point before moving on to the next phase of training.

Step two – convert strength to power in the gym

Once you’ve developed a base of strength, it’s time to add power exercises to your program in the gym.

The best exercises for learning to generate power in the gym are the Olympic lifts and their variations.

Research shows that Olympic weightlifters are among the strongest and most powerful athletes on Earth.

It’s not necessary to become a full-blown Olympic lifter to realise the benefits of Olympic lifting – all you need to do is add a couple of exercises, like power clean or power snatch, to your program.

If you don’t have access to somewhere to do Olympic lifting, then the next best thing is to perform one-arm snatches with a dumbbell or kettlebell. The aim here is to learn to move  significant weights at maximal speed.

After you’ve built strength and power with Olympic lifting, it can also be very useful to incorporate some plyometric movements such as depth jumps into your program. These will teach your body to react and apply force quickly, and this is a critical aspect of power production in real-world situations.

Once you’ve built a solid base in the gym, it’s time to take it outside and learn to apply your new levels of power to the sorts of situations you might encounter in combat.

For military personnel, I suggest training for power on the obstacle course.

The obs course is an ideal way to demonstrate and train for powerful movement. Running, jumping and negotiating obstacles is about as functional and real-world as it gets!

Instead of just running the whole obs course though, you may want to break it down into short sections of two to three obstacles and run a few repeats of the same section with short breaks in between so  that you remain relatively fresh and can apply maximal power to each movement – because, our aim with these sessions is to maximise power and not necessarily to improve aerobic  fitness. 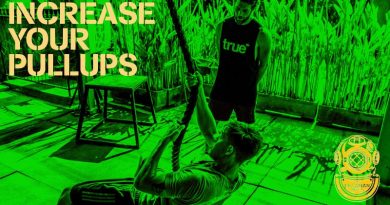 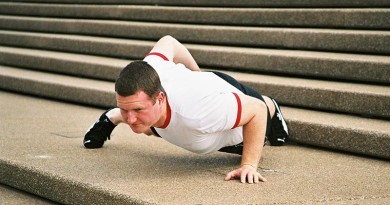 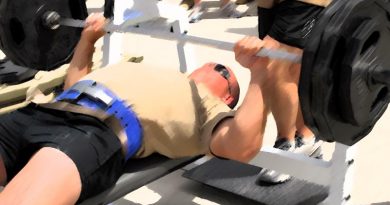